Take an ordinary metal galvanized bucket – and streeetch it tall and thin – and you’ve got yourself a French bucket.

Like the French people, French buckets are “artsier” than a standard utilitarian american bucket.

Since French buckets are top heavy, they’re not practical for many of the tasks we demand of our buckets. In fact, they’re sort of a show bucket. French buckets are mostly employed by florists, who fill them with another french cultural icon – the flower bouquet.

I’ve only used a French bucket once – as the world’s biggest tip jar when I ran a little bike path bagel stand.

Maybe some of my readers can think up some good specific uses for the taller profile of a French bucket.

A reader sends in this bucket fountain from Tumblr which incorporates a tall french bucket as the base. 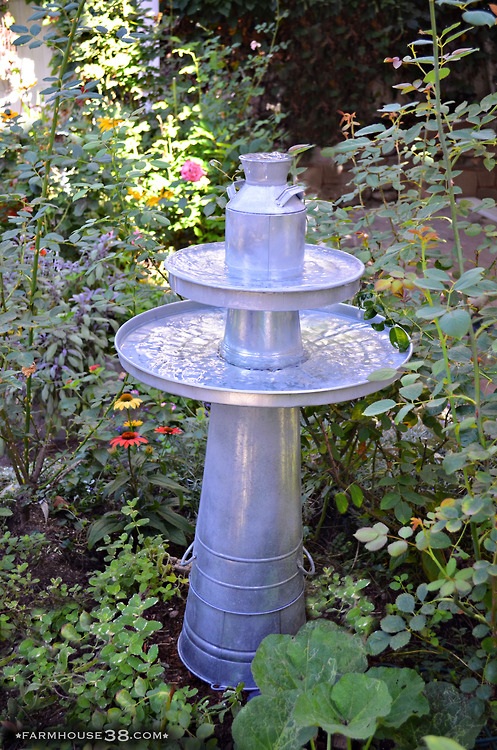