Growing your own meat is a cheap and healthy way to provide a nice chunk of your own protein. Fish have some of the highest feed-to-weight-gain ratios because they don’t have to expend calories holding their bodies against gravity. The water they swim in does most of that for them. That’s why mammals had to return to the oceans before they were able to dominate the evolutionary tree as the largest living animals on earth. 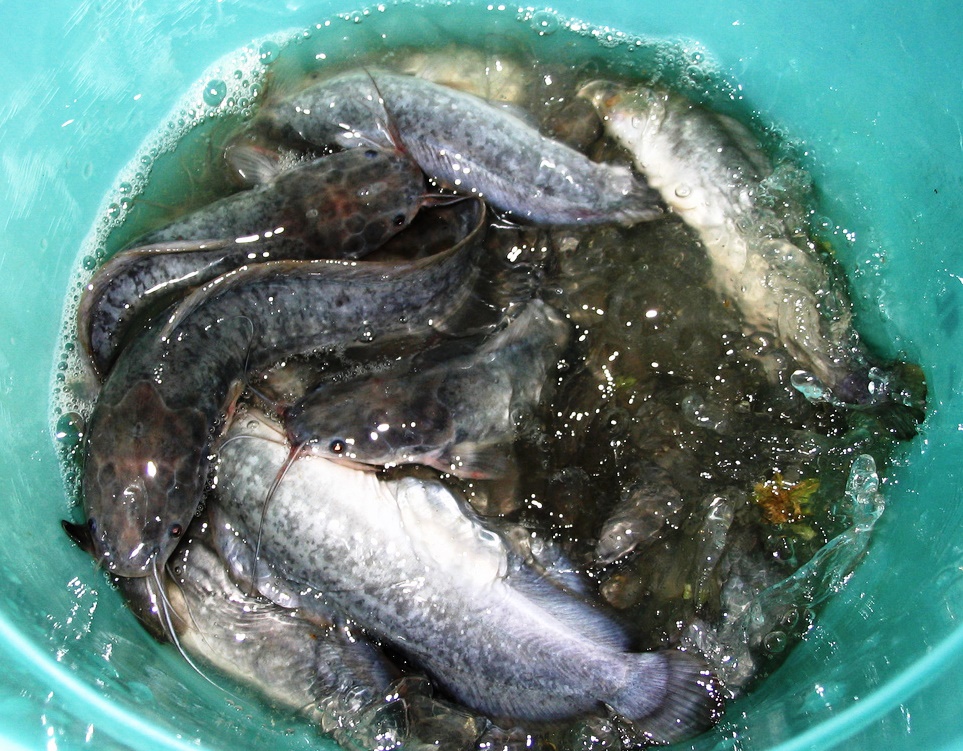 Catfish are one of the easiest fish to grow small-scale due to their high productivity and relatively straightforward maintenance. The author of an article from 1974 claims he was able to raise 40 catfish in a 55 gallon drum – although your catfish will be healthier and grow larger if given as much space as possible. Download the article [pdf]

One of our readers Curtis sends in a photo of the catfish operation he helped build in Northern Texas. He’s installed for them the best habitat for the happiest – and tastiest – catfish possible. Catfish like to spawn in caves between 2 and 5 feet below water, and Curtis has discovered that 5 gallon buckets dug into the side of the pond wall works just fine for them. 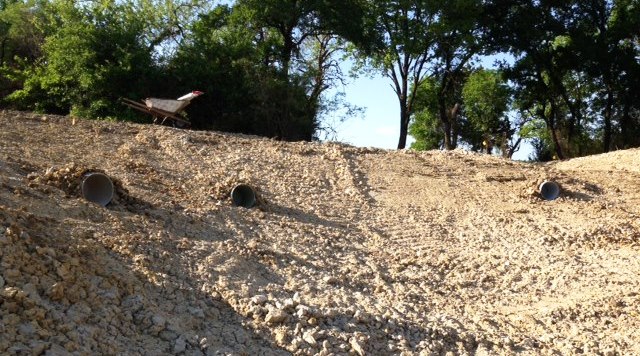 Where to Learn about Small-Scale Catfish Farming

Catfish are susceptible to the usual issues that farmers run into when trying to replicate a natural system in an artificial way. Problems that inevitably arise include disease, pests and water cleanliness.

One of the few reputable books on farming catfish for food is the Channel Catfish Farming Handbook. It’s out of print so buying a new copy will run you over 200$. Instead get a used copy for much cheaper.