If you have access to a healthy supply of stinging nettles, it’s high time to declare your own personal independence from the Haber-Bosch process by creating your own fertilizer. This is a simple recipe for making a valuable fertilizer from a common weed – stinging nettles. 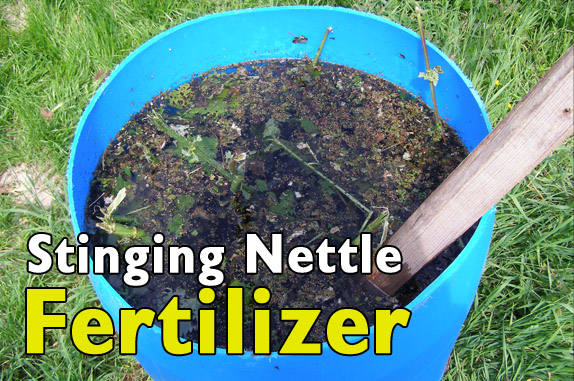 Where do Nettles Grow

Stinging nettles are absolutely everywhere. You’ll find them in the ditches and forest edges all throughout northern Europe and Asia. They grow in every single U.S state and Canadian province except for Hawaii. They especially thrive in areas with high rainfall such as the Pacific Northwest. If you don’t know where to find nettles, you just haven’t looked yet. 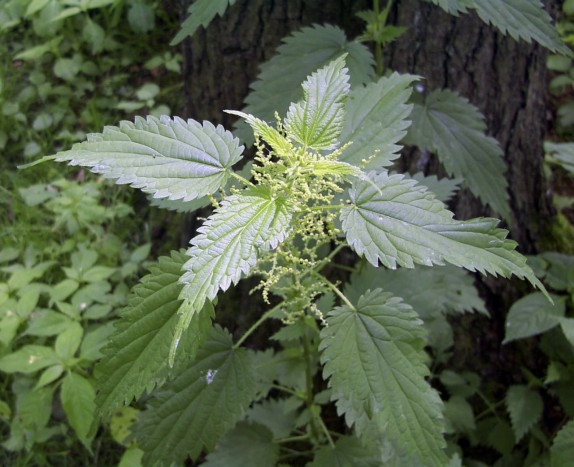 What Good is Nettle Fertilizer

Aside from major plant nutrients nitrogen and potassium, nettle fertilizer contains a buffet of more subtle but crucial components:

Make Your Own Stinging Nettle Fertilizer

To Make Nettle fertilizer, first harvest your nettles. I cut mine down with a scythe but a normal garden shears works for small bunches.

Make sure you always handle stinging nettles with rubber gloves! They’re called stinging nettles for a reason, the plant venom will sting for a couple of days when it touches bare skin. If you do get stung, it will smart but won’t cause lasting damage. 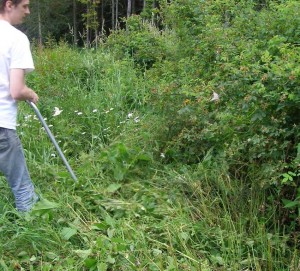 Stick the nettles in a bucket. Avoid using their seeds and roots. 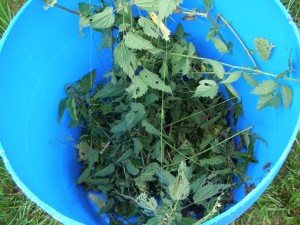 We made 55 gallons batch to fertilize a large garlic patch but if you want to start small, 5 gallons is the perfect amount.

Next, fill your container up to the level of the nettles with water. 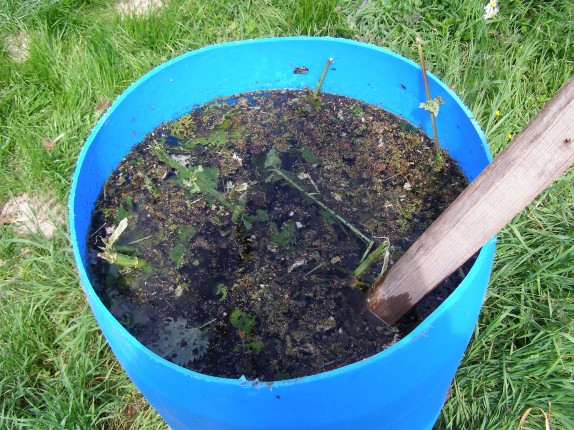 Your work is done for now. The brew needs to steep for many days – up to 2 weeks. It’s a good idea to cover the bucket to prevent too much of your water from evaporating.

Over the 2 weeks the nettles will start to decompose, releasing much more of their nutrients into the water than they would otherwise. Because of this step, what we’re making is sometimes called stinging nettle compost.

Once enough time has passed, scoop the plant bits out and add to your compost pile. Most of the nutrients are now dissolved in the water where plants can use them easily.

Nettle tea is mighty enough to be used on the heaviest feeding of plants. These include tomatoes, potatoes, garlic, leeks, and any plant in the brassica family.

You’ll notice the benefits of your nettle tea within days. We used this tea on a plot of garlic. Out of 5 years growing garlic, it was by far the healthiest harvest with the biggest bulbs.

Other Uses for Nettles

Nettles are sort of an amazing plant. We actually end up selling most of the nettles we harvest at the farmer’s market where people are thrilled to pay 6$ per pound for them.

You can eat nettles in most dishes in place of leafy plants like spinach. Because of their sting they need to be cooked. Steaming for 60 seconds is enough to fully neutralize their poison. Aging cut stinging nettles for 24 hours has the same effect.

Our favorite stinging nettles recipe is lasagna with liberal amounts of stinging nettle baked into it. It lends a strong but pleasant flavor, in my opinion much better than spinach.

You can also make “nettle tea” to drink which is supposed to have tremendous health effects. For nettle tea just dry stinging nettle plants on cookie sheets in a low-heat oven.