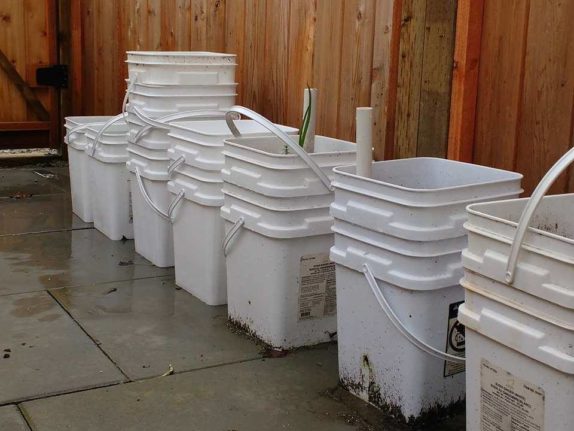 We definitely recommend getting buckets for free. You’re not just doing yourself a favor, these buckets you get for free would probably end up in a landfill somewhere, where they slowly decay. Nobody wants plastic to get into our environment!

Stores that hand out free buckets

People have had success picking up five gallon buckets for free at the following stores:

Some places where people did not have success picking up five gallon buckets are:

This list is not complete. Hopefully some of you who managed to get their five gallon buckets for free can share your experiences in the comments below, so that we can add to it.

If all else fails

We really recommend trying to get your bucket for free, but if the above stores don’t get you anywhere, you can simply order buckets over at Amazon for a reasonable price too.