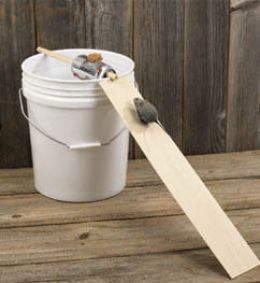 The bucket mouse trap catches many mice in a single trap and does not need to be reset between mice. It’s also so simple to make that you probably already have all the parts needed lying around your garage. 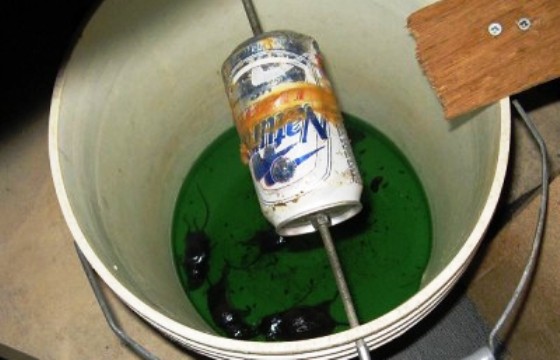 So you’ve decided to take care of your mouse problem the bucket way! 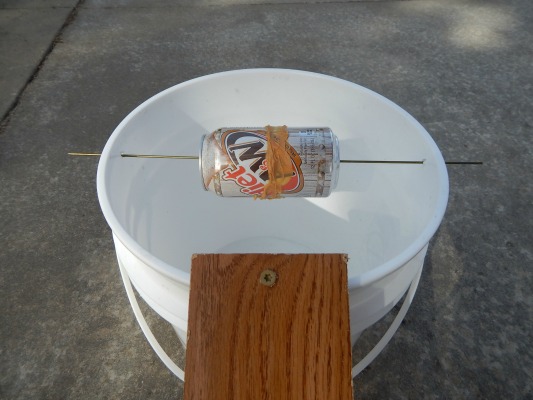 The trap works when a mouse at the top of the ramp tries to jump onto the tin can to eat the bait. The mouse’s weight throws the can into motion, which bucks the mouse off into the bucket below.

Several readers have asked about the green liquid in the bottom of the pail. Some bucket mouse trappers use antifreeze in their pails. It helps “preserve” the mice, preventing them from rotting and creating a huge odor problem. This might be necessary if you’re trapping mice in a vacation cabin or bug out shelter which you won’t visit for months at a time. It will also make sure the liquid does not freeze in an unheated building. 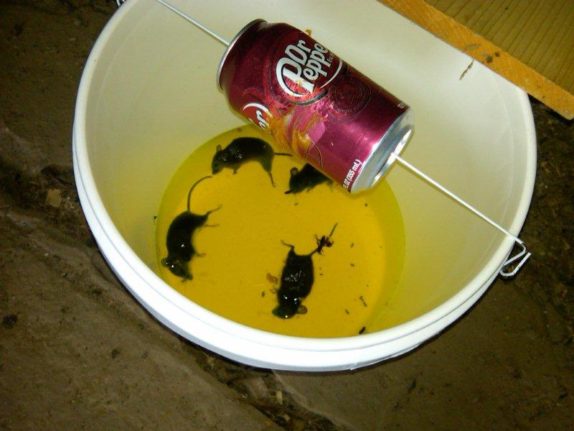 There are tons of alternative designs for the bucket mouse trap. Every single one’s been discussed in the comments sections. I’m going to outline my favorite variations here.

What works for mice also works for rats, but rats can escape from a 5 gallon bucket so use a 55 gallon drum instead. For a drowning trap use at least 6 inches of water in the bottom.

This bucket mouse trap’s being used in a chicken house. Mice are a big problem for chicken keepers since they love to fatten themselves on those expensive little chicken pellets. 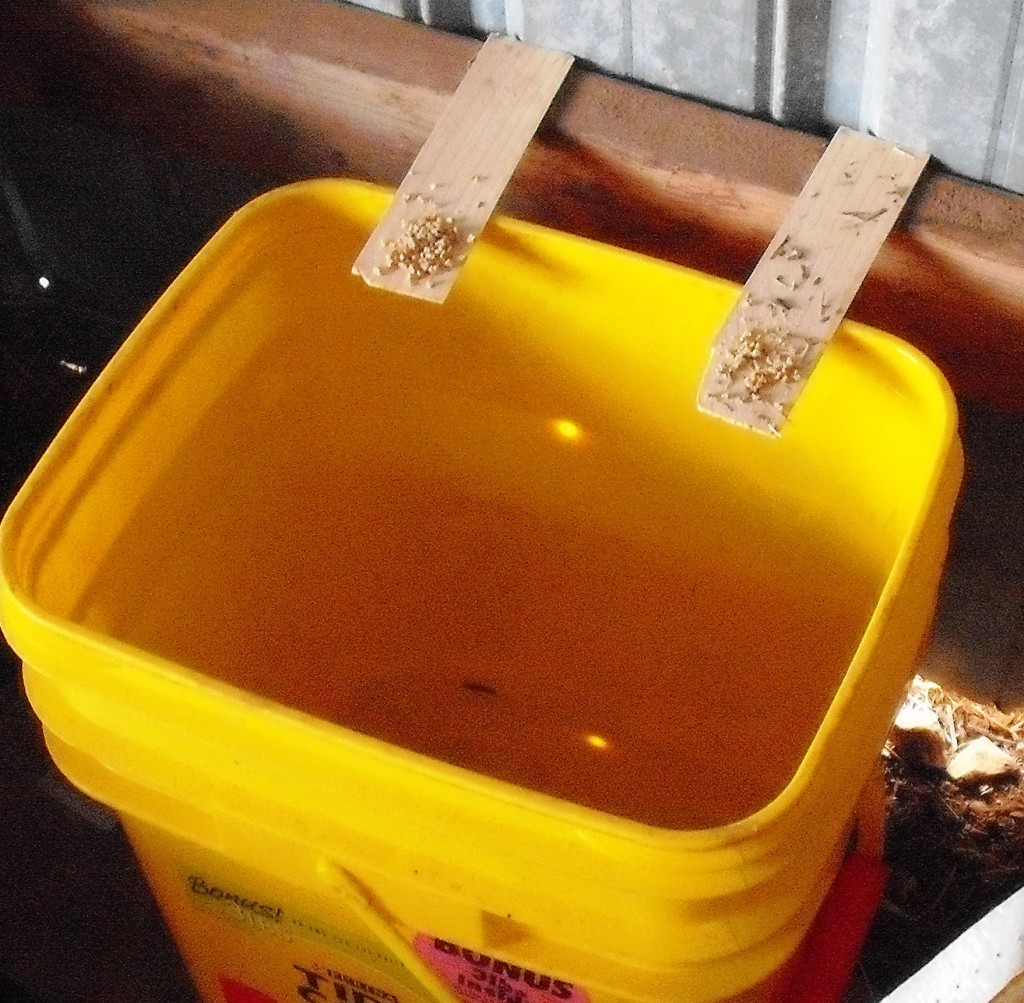 The biggest disadvantage of this trap is you need to reset it after every 2 mice it catches. It’s also likely that your chickens will knock your delicate planks down.

But what I do like about this design is that this bucket is square. Meaning it can be mounted on that 2×4 behind it. So you can hang your trap up in a shed or coop, it doesn’t have to take up floor place.

Also – did you know that chickens will eat mice? I’ve seen a chicken swallow a mouse whole.

Since I first wrote this article in 2012, I’ve observed numerous new mouse trap designs come to market. But very few can catch multiple mice without being reset.

My favorite so far is this mouse condo design. It’s tiny – way smaller than the bucket mouse trap – and cheap. It doesn’t need to be reset, and can hold numerous mice. It’s also got a big window so you can see when the trap is full. Best of all it’s (mostly) made from metal so it’s durable. 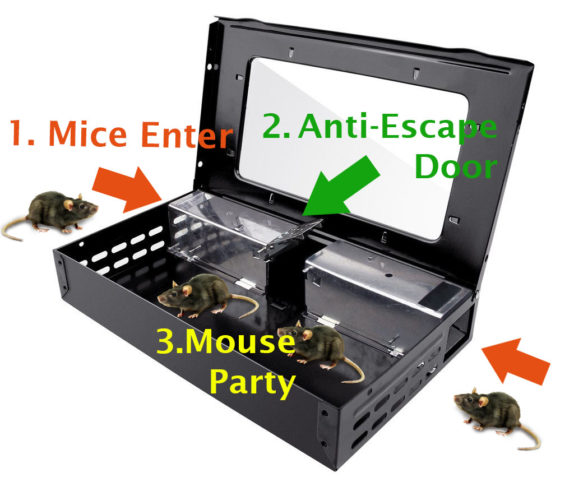 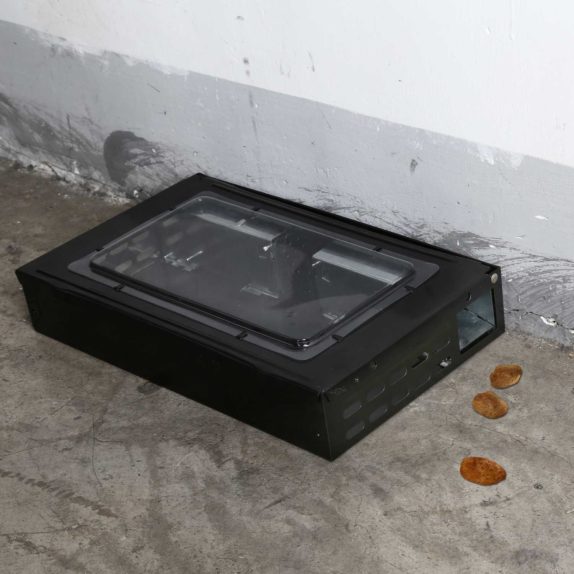 This trap is a “humane” trap – meaning it doesn’t kill the mice. You’ll have to drive them out to the landfill or something to release them. Or feed them to your snake.

It’s also the best performing humane trap on the market, although it still doesn’t perform quite as well as kill traps do. If you want to try it out, here’s the link to the Amazon listing. 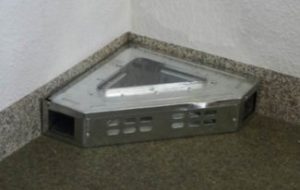 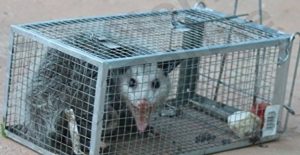